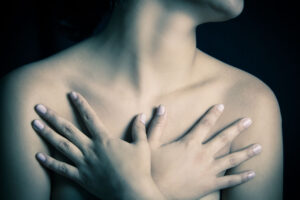 There have been almost countless advances in breast reconstruction over the last several decades. Some of these include introduction and usage of tissue expanders, major improvements in implants and implant technology, usage of acellular dermal matrices (ADMs) like Alloderm, placement of implants not only submuscular but also pre-pectoral, fat injections for refinement and improved contours, and the discovery and commonplace usage of several autogenous reconstruction techniques that also include microsurgical approaches.

The bottom line is that the potential for excellent reconstructive results, everything else being equal, is far greater today than it has ever been before. There also are a lot more choices – many with far greater complexity. This, of course, is often overwhelming for many women who just learned that they have BREAST CANCER and all they know is that it must be treated.

Many wade through the information trying to figure out what type of reconstruction that they want to have – largely influenced by the recommendations of their plastic surgeon.

Despite all the choices, prospects for reasonable outcomes, etc. some women just want the option to be flat after their mastectomy. This is not the same as just closing up the incisions after the mastectomy/mastectomies and allowing everything to heal.

It is not just no implants, no tissue expanders and no flaps.

It is “close the wound so that my chest is flat”.

And, “don’t leave any excess skin just in case that I may change my mind at some later date”.

This is a real choice not just to have nothing – but to BE FLAT.

No extra skin. No projection of any sort due to residual tissue still present. Good contour.

This flat option is one that is specifically not offered or suggested often at all – at least at present.

The going flat approach for breast reconstruction is not for everyone. In fact, only a relatively small percentage of patients undergoing a mastectomy, especially bilateral, may select this route. There can be many reasons for this choice such as fast recovery, simplicity and no implants or foreign objects in their body.

Whatever the reason for wanting the “go flat” approach, it should be mentioned and offered as an option in discussions on breast reconstruction.

If you would like additional information on breast reconstruction or to schedule your consultation, you can contact our office by phone at (480) 451-3000 or by email.