An under projecting chin can detract significantly from the overall facial harmony and balance. For example, a normal sized nose can appear too large when there is loss of the balancing effect from the lower face (chin). Some people even wrongly equate a small chin somehow with weakness of an individual.

The goal of a chin enlargement, or mentoplasty, is to increase the size of the chin, usually to a more anterior (forward) position though it can also be for increased vertical height. Three approaches can be considered for accomplish this:

The most common technique used to obtain a chin enlargement is with the placement of a solid silicone implant directly on the under projecting chin. This is accomplished either through a small incision under the chin or inside the mouth. Surgery can be performed using sedation or under general anesthesia. The procedure is also frequently done in conjunction with a rhinoplasty, facelift and neck contouring.

Dr. Steven H. Turkeltaub is a very experienced plastic surgeon who has performed a large number of chin augmentations in over 20 years of practice. The following are examples of his expertise in this procedure. 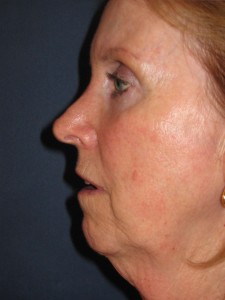 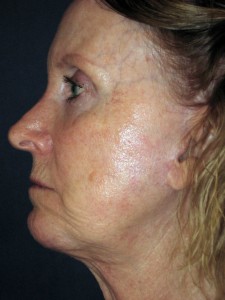 Please contact the Arizona Center for Aesthetic Plastic Surgery to learn more about chin enlargement or to schedule an appointment with Dr. Steven Turkeltaub.

Dr. TURKELTAUB
About our office
Request an Appointment