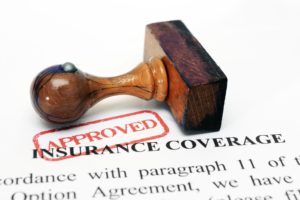 For many reasons, far more individuals are seeking gender affirmation (gender reassignment) surgery for gender dysphoria than ever before. In fact, the American Society of Plastic Surgeons reported that the increase between 2015 and 2016 was 20%. That is a stunning percentage increase over just one year and is consistent with what I’m seeing in my practice.

Why is this happening?

For one, with so many information sources available including countless websites addressing transgender issues, many transgender people are realizing that there truly are great surgical options available that can address their individual needs. No longer are taking sex hormones alone their only solution.

The social acceptance and public understanding makes it far easier and less stressful and stigmatizing than it was years ago to pursue what one feels is their appropriate gender identity. Living an essentially normal life including obtaining and maintaining gainful employment is the rule now.

Probably the most important reason for this burgeoning of FTM and MTF top surgery is the far greater availability of insurance plans that provide coverage for these procedures. Without such coverage, far fewer individuals could afford to undergo their well needed top surgery. For those wanting to pursue more global changes such as genital and facial transforming procedures, these costs can be quite cost prohibitive for the vast majority.

As of present, at least fourteen states have enacted laws that ban transgender exclusions in both private health insurance and Medicaid plans. Five other states have laws that mandate some coverage protections for gender affirmation surgery. In addition, most of the major insurance companies offer plans that include coverage for this. To determine if such coverage is available, you would need to research this for each company online in a section that may be listed as or similar to “Coverage for Sex Reassignment Surgery”.

The following is a list of some insurance companies which presently offer coverage for gender affirmation surgery (gender reassignment surgery).:

If you are considering FTM or MTF top surgery but don’t have any insurance coverage, “cosmetic” pricing is also available. This can make this surgery far more affordable and, hopefully, even a reality. Financing companies such as CareCredit do offer loans for these procedures provided you meet their credit standards.

For any questions about FTM or MTF top surgery including insurance issues or costs or to schedule a consultation with me, please call my office at (480) 451-3000.