A good plastic surgeon must be precise, discerning, have a great sense of aesthetics, balance and harmony. In a recent post (Breast Augmentation Fail or When Not to Disclose One’s Assets), I discussed the case of actress AnnaLynne McCord and her less than ideal results from a breast augmentation. Despite the significant asymmetries of projection and shape between the left and right side, she seemed quite determined to flaunt her flawed assets. Because she is beautiful, does great charitable work, and stays out of trouble and the headlines, she gets a pass. 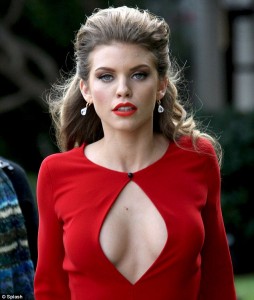 Now let’s look at the case of Adriana Lima, the Brazilian born model. She is most well known as a Victoria Secret Angel and as a spokesmodel for Maybelline cosmetics but she also is a supermodel, actress and has graced the covers of countless magazines for more than ten years. Since 2005, she has been ranked in the top five of Forbes’ lists of the 20 highest-earning models in the world.

Looking for some good and interesting material to write about, I came across a recent photo shoot of her in a bikini that was posted online which caught my eye (actually both of them). I thought to myself: “Aha. She’s the one that I’ve been looking for!” Who knew that she was so famous?

Now about breast implants and a more tasteful breast augmentation. Below is a photo of her “au” natural. Before plastic surgery. 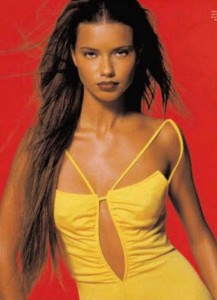 Pretty. Has potential. Not much money or fame – yet. 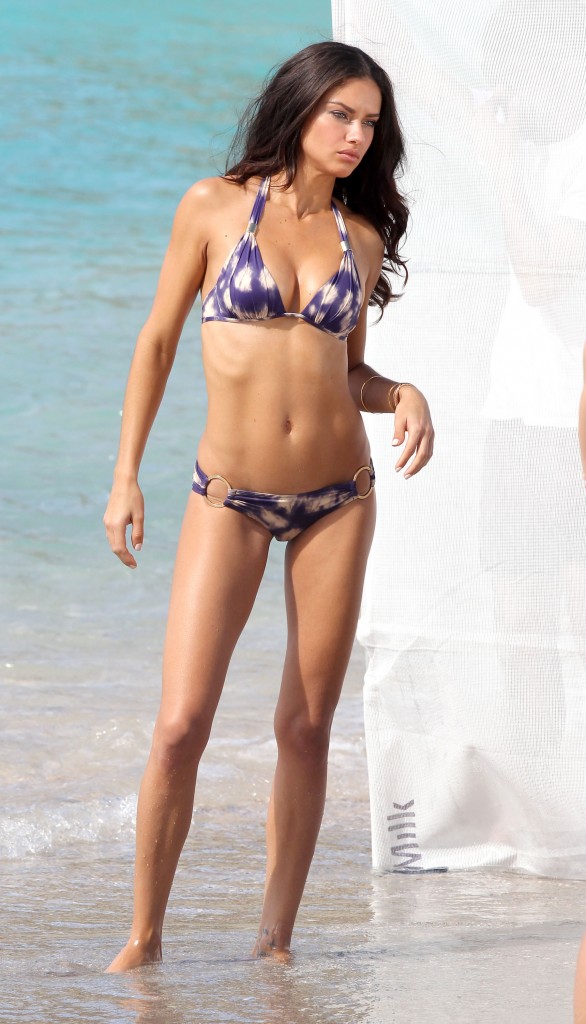 Her breasts are relatively “natural” in appearance rather than being disproportionately or grotesquely large. In clothes (this is a bit of a stretch!), she has good symmetry, cleavage, projection and her breast implants are situated at the same height on her chest.

Worthy of fame and fortune.

My only gripe has nothing to do with her breast enlargement. It has to do with her emaciated, pseudo-anorexic appearance. Look at those ribs and her extremely skinny body!

If you would like to schedule a complimentary consultation with me or obtain additional information on breast augmentation surgery or on any other plastic surgery procedure that I perform, please call my office at 480-451-3000.