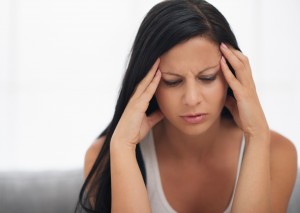 With the passage of time, an increasing number of therapeutic uses for Botox® have been discovered. For a product based on one of the most lethal toxins known to mankind, it is somewhat ironic that an ever expanding list of significant medical applications have been uncovered making it an almost miracle substance.

The first usages of Botox® in medicine were for the treatment of eye muscle issues back in the 1980’s. By the early 1990’s, cosmetic applications were discovered as it was noted to reduce the presence of creases of the glabella area of the forehead (the “1’s” and “11’s”). Since then, a multitude of therapeutic uses have been discovered for numerous diseases and pathological processes involving many body systems and areas. Some of these include neuromuscular disorders (cerebral palsy; spasmodic torticollis; stroke; Parkinson’s), gastrointestinal (esophageal achalasia), focal neuropathies (nerve related pathological processes), migraines, excessive sweating (hyperhidrosis), reduction of vaginal spasms (vaginismus), incontinence due to a neurogenic bladder, excessive salivation and for vocal cord disorders.

There’s more but I think that you get the picture.

Recent research has uncovered a potential and startling new application for Botox®: for the treatment of some cases of depression.

According to a new pilot study, it was determined that Botox® injected between the eyebrows in the glabella area for the treatment of the frown lines had an antidepressive effect and one that continued beyond the duration of the aesthetic benefits. There have been anecdotal reports in the past and even a small pilot study published in 2006 identifying this potential benefit but it wasn’t clear if people’s moods improved simply because of the cosmetic reduction of wrinkles and frowning or there was something more at work here.

This most recent study, presented at the American Academy of Dermatology Annual Meeting last month, assessed 30 participants in a “double blind” study where each volunteer was given both placebo and Botox® in different order. Without delving into all the details, the findings revealed that the antidepressive effects were quite substantial and persisted for two to three months AFTER the cosmetic effects on the facial wrinkles wore off.

The researchers conjectured as to why this was the case and came up with two possibilities. One is that because the Botox® makes it difficult for a person to frown, they will therefore frown less and smile more which can improve their social interactions and experiences with others and, consequently, improve their mood. (Who wants to deal with a person who appears grouchy, angry or unhappy?)

The second reason has to do with hard wiring of the neural system (nerve) whereby there is actually a beneficial effect registering on the amygdala (area of the brain) from the forehead nerve (as seen on MRI’s), where the control center for anxiety and emotional reactions is situated.

More extensive research will need to be undertaken in the future to better determine the therapeutic possibilities of Botox® in the treatment of certain types of depression.

In the mean time, we already know that Botox® works phenomenally well in the reduction of facial wrinkles, making one look and feel better, more youthful and happier.

Clearly, there is nothing to be depressed about with these benefits!

For more information on Botox® or for any plastic surgery procedure that I perform, or to schedule your consultation with me, please call my office at 480-451-3000.