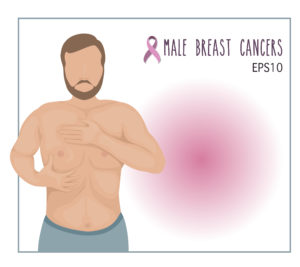 The FTM Top Surgery involves a mastectomy, the removal of breast tissue, as part of the process of masculinizing the appearance of the chest in transmen. However, because this is not a treatment for breast cancer, the removal of breast tissue is not as extreme as it would otherwise be. If it were, this would commonly lead to significant aesthetic deficiencies and inferior outcomes. Consequently, a variable amount of breast tissue will remain following top surgery. It is this residual tissue that still has the ability to be transformed into cancerous cells.

The removal of most all of your breast tissue does reduce your risk of developing breast cancer – parallel to the decreased risk seen in cis-females who have had a breast reduction. The reduction in risk is probably substantially greater with top surgery.

While there has been no sizable long term study yet done detailing the incidence and risk of developing breast cancer after having FTM top surgery, it appears that it is quite rare. Nevertheless, a risk does exist.

How, then, do you monitor your own situation for such an occurrence?

Performing monthly exams on yourself, seeking to identify any abnormal mass or suspicious areas, would be a prudent choice. You can also have your doctor do routine checks on you. If there is a strong family history of breast cancer, these may even need to be annually.

Mammograms are unlikely to be helpful as a screening or diagnostic tool so an MRI should be considered when warranted.

In summary, though the risk of ever developing breast cancer after having undergone a mastectomy for gender affirmation surgery appears to be quite low, you still should not ignore this possibility. Do personal screenings and be checked by your doctor as they advise.