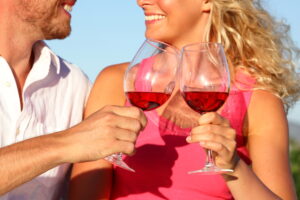 If you are driving you should not be drinking alcohol.

You should not be drinking alcohol and operating power tools.

Or interviewing for a job.

In fact, when you think about it, there are quite a lot of things that you should not be doing if you are drinking alcohol.

Now, we can add yet another item to that quite extensive list: spending time in the sun.

No, it is not quite what you may think. 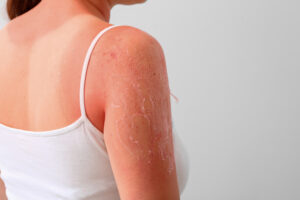 Yes, we all probably know of someone who was so drunk and fell asleep sunbathing only to wake up hours later looking like a lobster – or worse. First and second degree burns. Skin peeling and blistering. Severe pain.

Occurrences like this can and do happen when one is very intoxicated. However, that is not what I’m referring to.

Instead, what has been discovered and quantified through numerous medical research studies is that alcohol consumption increases the risk of developing skin cancers.

This includes not only the relatively common and not very worrisome basal cell carcinoma and squamous cell carcinoma but also the not infrequently lethal malignant melanoma.

So drinking alcohol increases your risk for developing a variety of skin cancers including the potentially lethal malignant melanoma.

And there is still more…

Alcohol consumption also increases one’s risk for developing sunburns and the severity of them. It also accelerates their occurrence.

Even a few drinks can facilitate this. 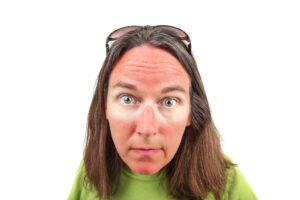 A study was done that involved volunteers consuming three drinks and then having their skin immediately exposed to UV light. The results were that their skin burned faster compared to controls. This ultimately results in accelerated skin aging.

The mechanism for this is thought to be related to lower levels of carotenoids present following alcohol consumption.

Carotenoids are anti-oxidants and are great for one’s health. They are in carrots, tomatoes, watermelon, cantaloupe and many other foods. They can be converted into Vitamin A.

Even with the usage of sunscreen, this increased risk of developing skin cancer related to alcohol consumption is still present.

Now there is yet another reason to avoid alcohol or at least drink in extreme moderation.

At the Arizona Center for Aesthetic Plastic Surgery we do provide reconstructive options for patients being treated for skin cancers. This includes basal cell skin carcinomas, squamous cell carcinomas and malignant melanomas. We do work with many dermatologists in Scottsdale, Phoenix and around the Valley including those who perform Mohs micrographic surgery.