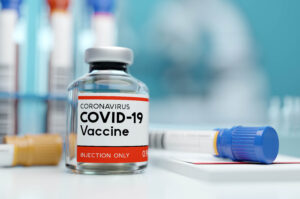 Year 2020 has definitely been quite a year to remember.

But not in a fond way unless you are that person who enjoys watching a car accident in real time, you are a sadomasochist or own a lot of Amazon stock and made a fortune while millions of people bought vast amounts of items online while locked up at home.

The year ended with two Covid-19 vaccines brought to market in record time. These vaccines, made by Pfizer and Moderna, have been touted to be highly effective in preventing an infection with the Covid-19 virus, technically called SARS-CoV-2.

Many cheered because, from what they had been promised by politicians and COVID “experts”, once millions of people were immunized, the lock-downs would end.

Not so fast, though!

These are not normal times on any level. It wouldn’t be surprising if some of the immutable laws of physics went on sabbatical for a year or two.

In the brief period of time that these vaccines have been administered to the public, there have been numerous reports of significant and even unusual complications and issues related to reactions to them.

Allergic or even anaphylactic reactions.

Bell’s palsy (loss of function of a nerve of the face).

Fevers of 103 degrees Fahrenheit or more.

A multitude of deaths.

One of those “more” is the development of swelling and inflammation at sights where facial fillers (like Juvederm®) had been previously injected. In the phase three trials of the Moderna COVID-19 vaccine, three out of slightly over 15,000 people receiving the vaccine developed these side effects. Two of the individuals had been injected six months previously and one had the filler two days after receiving the vaccine. All three reactions developed within two days and were described as mild. There were treated with anti-histamines and oral steroids and resolved quickly.

There have been no reports, so far, indicating that there is an epidemic of people who have received the Moderna vaccine that was then followed by marked facial swelling and inflammation at sites where dermal fillers had been injected. As of now, no similar reactions have been seen with the Pfizer version of the vaccine.

Based on what appears to be a very rare and relatively minor reaction, the American Society of Plastic Surgeons has stated that having a history of dermal filler injections should not have any bearing on one’s decision to get the COVID-19 vaccine or not. Furthermore, having had the vaccine does not preclude your ability to get facial fillers in the future.

The decision of whether or not to have the COVID-19 vaccine, however, remains solely your choice. No recommendations, either way, are being made here.

If you have any questions or just would like to schedule your complimentary cosmetic consultation, you can call our office at (480) 451-3000 or contact us by email.