Women who have undergone a breast augmentation have a very high satisfaction rate, somewhere around 94% or more. On the popular website RealSelf, 98% of women expressing their opinion on this procedure stated that it was definitely worth it.

Clearly, breast augmentation is a very popular and positive procedure.

Over the last several years, increasing numbers of women are electing to have their breast implants permanently removed – a procedure known as an explantation. This includes those who had them placed for aesthetic reasons as well as those who underwent implant based breast reconstruction following the treatment of breast cancer. 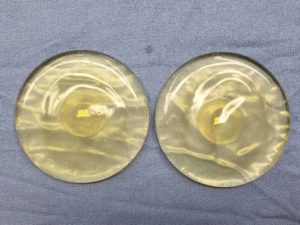 So why has there been an increasing number of women over the last several years electing to remove their implants despite such a high rate of satisfaction with them?

There are many reasons for this including a strong confluence of contemporary factors. Let’s look at some of these:

Change in lifestyle. Some women either had disproportionately large implants placed and now, with time, may not want to either be defined by their large breast size. They also may just want small/smaller breasts for other reasons – physical (such as back pain), social, emotional or personal.

No longer needed due to physical changes. Over the years, it is not uncommon for many women to add some extra pounds. Consequently, they end up adding a bit of volume to their breasts so that either they are too large now or when the time comes to having to make a decision of replacing versus removing the implants, explantation is the selected choice because of the ample breast tissue present.

Implant associated issues like capsular contracture, rupture, and rippling. Implants are not permanent devices that will last forever nor are they without occasional untoward issues such as capsular contracture, rippling and substantial asymmetries. When a decision needs to be made to address a ruptured or deflated breast implant or one doesn’t want to deal any longer with capsular contracture or rippling, explantation is a very palatable option for many.

Changes in cultural tastes and norms. Gone are the days when very large or massive implants and, therefore breasts, were in vogue. Today, the tendency is to be subtle and small or not at all! In fact, fewer women are seeking breast augmentations nowadays. When it becomes time to replace those old implants with smaller ones or just completely downsize, the decision is increasingly made for their permanent removal.

Financial. Each time something surgical has to be done with the implants such as replacing them due to rupture or deflation, there is a cost. Some no longer want to have to deal with any more costs in the future. Therefore, instead of replacing their implants when it is time, they just elect to have them explanted.

Health concerns. Concerns about real or imagined health issues related to breast implants has prompted some women to seek an explantation. Along with this is often a specific request for their “en block” removal which means that the implants are taken out along with the capsule that surrounds them – in one piece, as a unit (photo).

Bilateral en block removal of implants which are contained in the capsules surrounded by fat.

Other women have decided that they no longer want something foreign in their body and so pursue an explantation.

Finally, some women with a strong family history of breast cancer want them out so as to remove any possible obstacle or difficulty in deciphering a mammogram.

Combination of factors. It is often because of multiple factors (those noted above as well as others) that together lead to the decision to remove one’s implants permanently.

In later articles, we will explore what is involved with an explantation, what your options are and the expected long term outcome.

If you are considering having your breast implants permanently removed, you are welcome to contact my office to schedule your consultation.