My philosophy for breast lift surgery is that it is better to use more or longer incisions if the final outcome will be far superior in contour and general aesthetics than that obtained by gimmicky usage of limited incisions. This has been reviewed in two previous posts (Periareolar Mastopexy: Sacrificing Shape and More for Less Incisions and The Lollipop Mastopexy: Shorter Incisions and Lesser Results)

The goal for a mastopexy should be to sculpture a natural appearing breast with a conical shape where the nipple-areola complex is situated at the most projecting portion of the breast. Significant deviations from this detract from the result and can lead to understandable dissatisfaction with the outcome. The technique that provides the most flexibility and precision for contouring and rejuvenating the breast three dimensionally as well as appropriately positioning the nipple-areola complex is the anchor shaped approach.

With the periareolar technique(also known as circumareolar, donut or purse string mastopexy), the lift, contouring, removal of excess skin and repositioning of the nipple-areola complex are all performed by essentially creating a donut shaped defect and purse stringing it closed. Clearly, this doesn’t allow for nuanced three dimensional correction. Furthermore, it creates an abnormal flatness precisely where one isn’t desired – where the nipple-areola complex is located and where the most projecting part of the breast should be. Common sequelae of the donut mastopexy are also wide, dysaesthetic scars, abnormally shaped and flattened areola and the appearance of pleats emanating from the areola outwards.

A vivid illustration of these issues can be seen in the photos below of a 36 year old woman who sought my help in consultation for the correction of her suboptimal results. She had undergone a periareolar mastopexy with implants by another plastic surgeon and was extremely unhappy with the outcome. Particularly problematic for her were the prominent scars, irregularities of the areolas and the overall breast shape. Had an anchor shaped scar mastopexy been chosen and performed well, it is highly probable that the outcome would have been far superior. 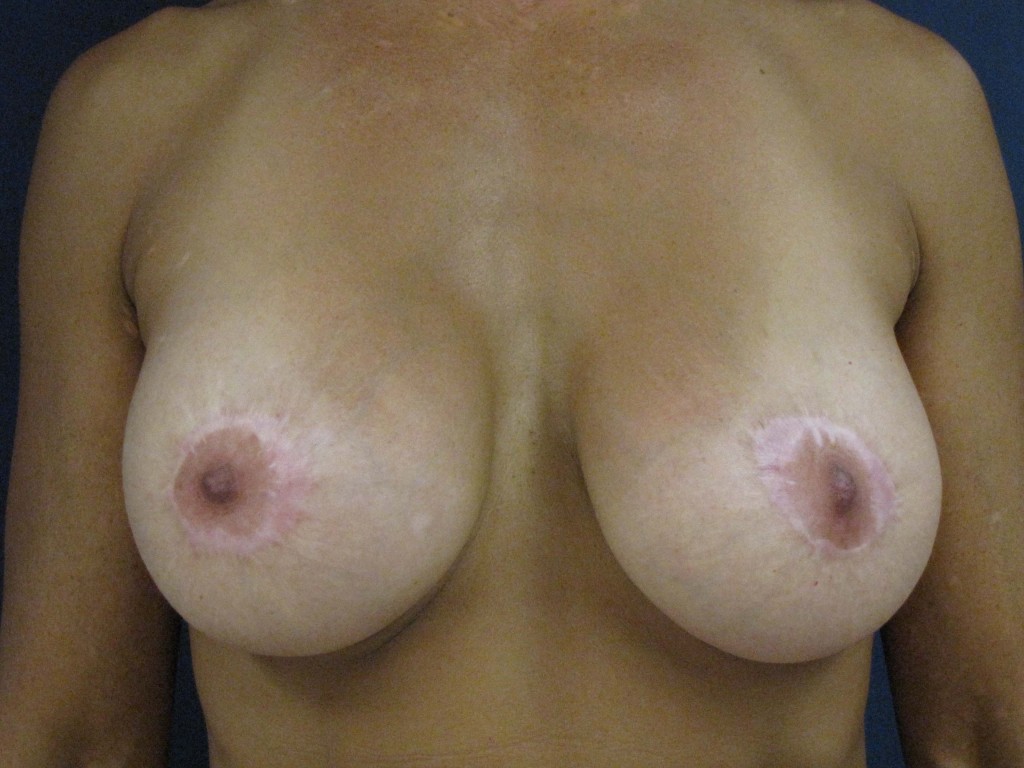 The results of a periareolar mastopexy performed by another plastic surgeon. The scars around the surgically deformed areola are extremely prominent, wide and unacceptable. Note the pleating effect - lines in the skin radiating outwards from the areola. 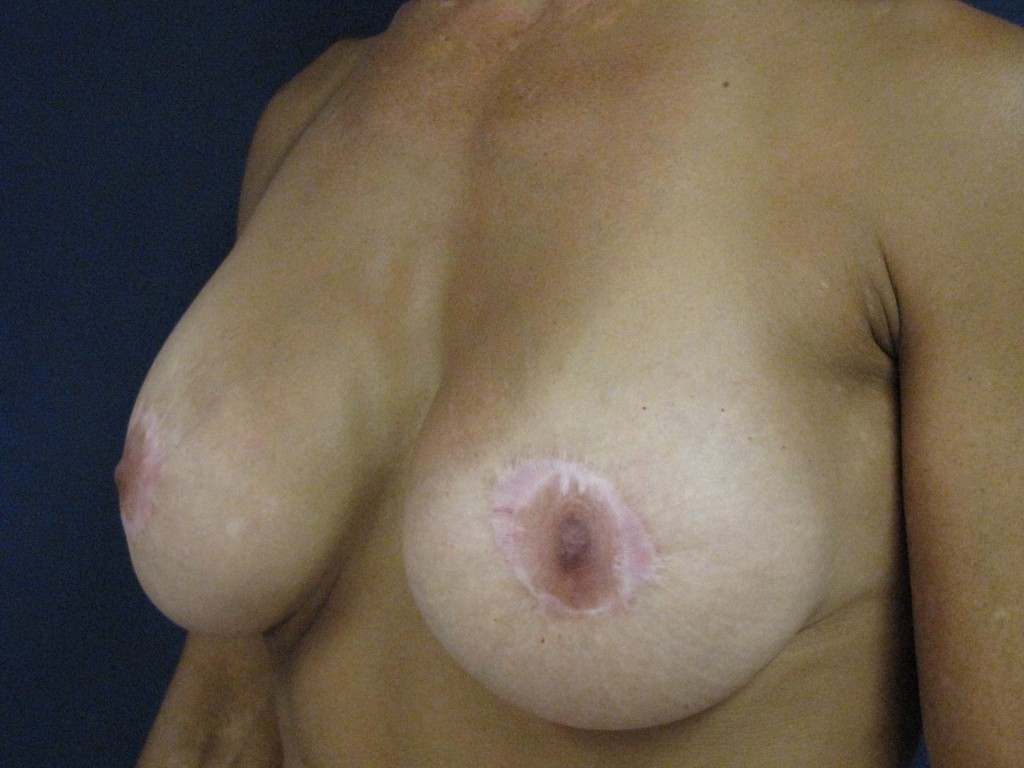 The scars from the donut mastopexy are quite apparent from virtually all angles. The flattening effect created by the purse string technique is well delineated in the right breast in this view. Rather than having a perky, conical shaped breast the result here is an abnormal, flattened, underprojecting one. 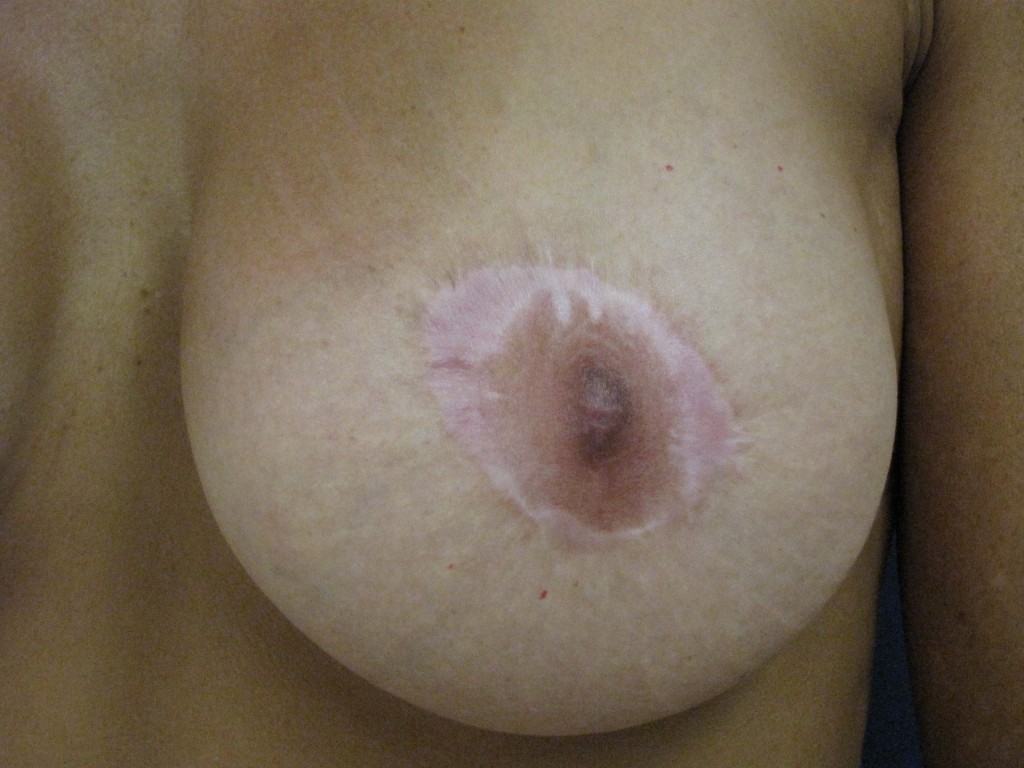 Unattractive and unacceptable scars on left breast from the donut mastopexy 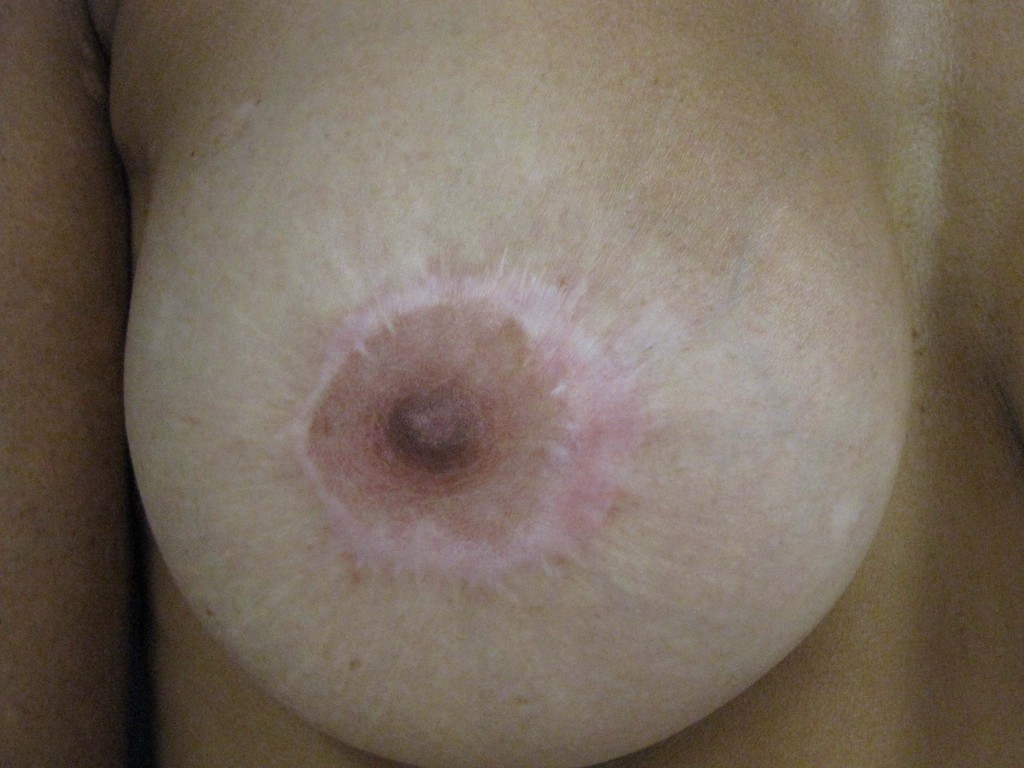 If you have any questions regarding breast lifts with or without a breast augmentation or on any other plastic surgery procedure that I perform or if you would like to schedule a complimentary consultation with me, please call my office at 480-451-3000.