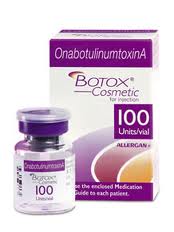 Botox® and the other lesser know botulinum neurotoxin type A agents, Dysport® and Xeomin®, can effectively treat dynamic facial wrinkles such as of the crow’s feet, forehead and the glabella (the so-called “1”s and “11”s). They do so rather predictably and without surgery though these treatments are not meant as a replacement for rejuvenating procedures like face lifts, forehead lifts and blepharoplasties (cosmetic eyelid surgery). The most significant negative associated with the treatment by Botox® and the other products is that they have to be injected through the skin in order to exert their effects. Even though the needles used can be extremely tiny, they are still needle sticks.

Wouldn’t it be nice if there were some way that these neurotoxins can be delivered to the underlying muscles without the need for injections?

Of course! There would be no discomfort whatsoever when administered this way.

To this end, there are several investigational studies some of which have been completed, that have evaluated/are evaluating a topically applied botulinum neurotoxin type A specifically to the crow’s feet area. Preliminary results have been quite promising including one study which showed therapeutic effects that were similar to those obtained with the injectable versions, lasted nearly 4 months and were not associated with any serious adverse treatment issues.

There are a few ongoing studies on this topically administered botulinum neurotoxin type A formulation and more will need to be performed before there will be definitive answers and information that can support its safety and efficacy. It may be several years or longer before this neurotoxin could be approved by the FDA (Federal Drug Administration) and brought to market.

Let’s hope that it will be sooner rather than later.

If you are interested in getting Botox® treatments, information on any plastic surgery procedure or would like to schedule a consultation with me, please call my office at 480-451-3000.