Skip to main content
Posted on May 12, 2012 in Chin augmentation 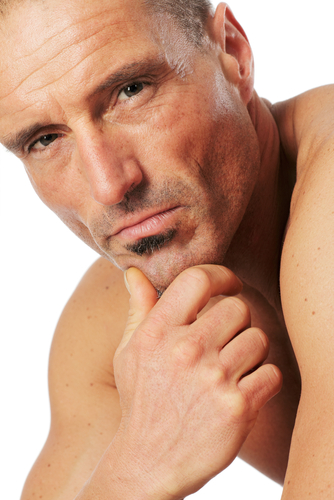 According to the statistics made public by the American Society of Plastic Surgeons (ASPS), the plastic surgery procedure which increased the most in popularity by percentage from 2010 to 2011 was chin augmentation. There was a 71% increase in the number of chin enlargements performed as compared to a 4% increase in breast augmentations, 5% increase in facelifts, 1% increase in liposuction and a 3% decrease in rhinoplasties (cosmetic nasal surgery).

Though this percentage increase is quite substantial, it is a result of the fact that chin augmentations are not performed in large numbers as compared to many other plastic surgery procedures. To put this is into proper perspective, breast augmentations are greater than 20 times more commonly done than chin augmentations … and that it the way it should be! After all, what adds more obvious beauty, confidence and happiness to the world as experienced by women and men – larger, firm, voluptuous and attractive breasts or a normal appearing, nondescript chin?

What do the “experts” think is the impetus for this sudden and substantial increase in the number of chin implant procedures being performed?

The sentiment is that this is the direct result of the greater usage of video chats with people seeing their aging facial images or weak chins on their computers along with intense competition for limited jobs and an aging baby boomer population in general. A chin implant can help provide for a stronger more balanced face which does convey to others a sense of strength, authority and confidence which is particularly important in the business world. It can also help to rejuvenate an aging face both by reversing some of the natural atrophy of the chin that occurs over time as well as effacing some early jowling.

Whether this will become a trend or not, time will obviously tell. However, this is a relatively simple and “minor” procedure that can have an outsized impact.

For more information on chin enlargement or for any other plastic surgery procedure or to schedule a consultation with me, please call my office at 480-451-3000.