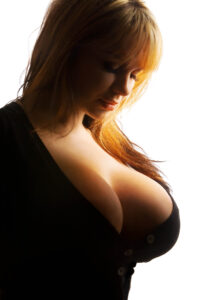 Taste of the Times

In the 1980’s and 1990’s, there was a cultural attraction of many things being outsized, large, extravagant, over the top.

Business parties and celebrations including Christmas parties (yes, that word can still be used).

Breasts and lips from enlargements.

Even extravagant vacations and activities.

Then came Y2K and cultural influences, many ultimately for the worse. The consequence was major downsizing for many, emphasis on subtlety (for some things) and a somewhat revolutionary shifts in tastes by many.

Now, oversized lips and massively enlarged breasts are less frequently requested and seen. However, the opportunity to seek these outcomes is still there.

It’s your right and choice.

Over the last 15 years or so, there has been a trend for women requesting breast augmentations using smaller and smaller sized breast implants. I have clearly seen this trend evolve and this change is supported in the data from breast implant manufacturers.

People’s perspectives have also changed as to what is proportional as compared to large or small. Furthermore, not only are there differences in interpretations among women but there are also generational differences in this. What may be a bit large for a Millennial may be just right for a Gen X or Boomer.

Bra cup sizes are somewhat of an artificial construct arbitrarily determined by bra manufacturers. This means that there is no specific volume of a bra cup at a given chest size that would constitute, for example, a “C” or “D” cup. There can be overlap between companies but they are not identical. This also plays a role as why you need to try different bras on to see which one is most comfortable, fitting and supportive for you.

Just remember that not all “C”, “D” or whatever letter cup size are not created equal.

And then there is Victoria’s Secret. Typically, their bra cup size designation run one letter higher.

Hey, you may not be a model but they make you think that your breasts are bigger than they really are.

And, many actually believe it!

The confusion doesn’t necessarily end here. It seems that there has been cup size inflation over the years.

Perhaps it can even be called “cup size creep”.

I don’t know if this was by design – making women feel better about themselves and their breasts because now they think that they have bigger breasts – or if this all relates to market competition.

Regardless, this evolution of cup sizes over time adds to the confusion of breast size.

What Does All this Have to Do With a Breast Augmentation?

Well, you know that you want to be larger but do you know how much larger? Can you precisely describe it?

Wanting to be “a lot bigger”, “have much more cleavage”, “be proportional for my body” or “be large but natural looking” are not very accurate or entirely helpful descriptions or requests.

Neither is stating that you want to be a “D”, “DD” or “DDD” cup as we have already reviewed. One person’s “D” cup is another’s “DD” cup. The same is true of bra manufacturers.

Then there is the individual perspective of what constitutes the desired larger sized breasts as compared to “not large enough” or “too large”.

A Picture is Worth a Thousand Words

Having several photos of the look that you are trying to achieve can be extremely helpful. Showing what you do and don’t like and your general perspective of size can further define your overall goals.

Though the photos often are partially limited by clothes, angles, perspectives, lighting and photoshopping, they can still serve as excellent references and foundations for discussions including or expectations and realities.

The Art of Plastic Surgery

Taking all this of this information in and having your plastic surgeon translate it into exactly the breast augmentation results that you wanted is a true art and skill. By nature and with so many variables, results can’t be guaranteed 100% of the time. However, with all the information provided and shared during your consultation along with selecting a highly skilled, experienced, reputable board certified plastic surgeon, your odds for obtaining superb results should be quite high.

My philosophy regarding your breast augmentation is as just stated. You have unique goals, desires, perspectives, anatomy, etc. and all this needs to be understood, considered and then ultimately translated into the results that you were desiring.

If you would like to schedule a complimentary consultation with me at the Arizona Center for Aesthetic Plastic Surgery, you can call my office at (480) 451-3000 or email us.