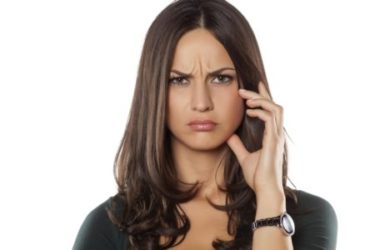 Plastic surgeons know that it can generally take several days after Botox® injections before there are any early signs of onset of effect and up to two to three weeks for maximal effect. Of course, there is variability in time of onset that may be affected by factors such as patient characteristics, dilution used, injection location, area Botox® concentration and injection technique.

It has been rumored and debated in the past that performing exercises of the targeted facial muscles after Botox® injections may actually accelerate effectiveness sooner. Unfortunately, there had been no previous well controlled scientific studies investigating this possible relationship.

A study conducted at Northwestern University in Chicago and just published in the Journal of the American Academy of Dermatology looked into whether or not there were any therapeutic benefits effects to performing post Botox® injection facial exercises particularly as relates to facilitating an earlier clinical result. This involved 22 women who were treated with Botox® for their forehead wrinkles. Half of them did a prescribed form of facial exercises for the first four hours after injections whereas the other half didn’t. The two groups were reversed in treatment six months later – the group that did the exercises at the initial treatment session did not do them this time whereas the other group now engaged in these exercises.

The study findings revealed that the forehead wrinkles appeared improved within two to three days for those women who had performed the exercises following the Botox® injections. Those who didn’t engage in the facial muscle exercises did not see results until day three or four – taking an additional day or two to see onset of improvements. Both groups had no difference in effectiveness at two weeks nor of the long-term duration of effect.

So, in summary, this study shows that by performing immediate post Botox® injection facial exercises, which are time consuming and tedious, you can shorten the onset of its effects by … one or two days – at most.

Is this important or significant?

In reality, most people are not going to bother to engage in these facial muscle exercises just to have the Botox® start working a day or so sooner. However, where this may come in handy is when you wait until the very last minute to get your Botox® in preparation for a very important event (wedding, class reunion, family gathering, etc.) where you want to look better, younger and impress friends and family. That extra day or two then can be crucial.

If you are interested in getting Botox® and want a skilled plastic surgeon to do your treatments rather than a technician, nurse, etc., you can schedule an appointment with me by calling (480) 451-3000.