Can you guess what has increased by a whopping 4378% over the last decade?

No, it is not your taxes though it sure seems like that’s the case!

And it is also not the increased amount of paperwork or bureaucracy that you have to deal with either on a daily basis at work, in applying for a mortgage or refinancing or even for your health insurance.

Or the increased cost of college tuition!

Well, obviously you already know as the title gave it away.

Yes, you read it right. Not breast augmentation. Not lip enhancement. Or transgender surgery.

This is a procedure that I have been performing for more than 25 years here in Scottsdale and Phoenix though up to the last few years, it was not a commonly requested one. However, over these last couple of years, the number of people seeking information on arms lifts and undergoing the surgery has skyrocketed. This can be attributed to a variety of factors including a greater awareness of its existence and along with heightened media exposure. 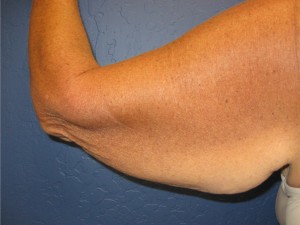 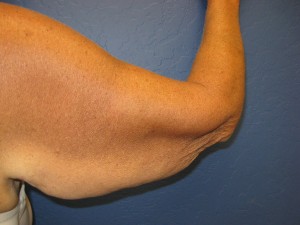 Probably the most important reason for this burgeoning of brachioplasties is that vastly more people now are afflicted with significant laxity of the upper arms. Many of these are older individuals with poor skin tone and the means to seek plastic surgery correction of their deformities. However, a very sizable proportion of these are individuals who were overweight, including morbid obesity, and have undergone significant or even massive weight loss. What they are left with can be large amounts of hanging, flapping, excess skin.

Bat wings to some but disliked by all.

There are a few different procedures designed to treat varying degrees of laxity and skin excess of the upper so as to obtain a more rejuvenated and pleasing appearance. The approaches range from targeted liposuction, to localized skin excision at the armpit and, finally, to one extending the full length of the upper arm with a T-shaped configuration. Your plastic surgeon can decide what is best for you.

For more information on arm lift surgery or on any other plastic surgery procedure that I perform or to schedule your complimentary cosmetic consultation with me, you can call my office at 480-451-3000.